Fleming Law Office is a litigation-oriented law practice with a vibrant and active in-court caseload. Our attorneys’ practice includes the defense of civil litigation and insurance claims in 30 plus counties throughout Central Illinois. The firm consists of four attorneys, plus paralegal support staff. Our trial practice handles cases venued in the Illinois Circuit courts, Appellate courts, and Federal District courts in Illinois.

Tazewell County is a county located in the U.S. state of Illinois. It is pronounced with a short "a", to rhyme with "razz" rather than "raze".

Fleming Law Office attorneys defended an SUV driver who struck a young child, under age 10, in front of a school. The child, who was holding his sister’s hand walking home from school, broke free from his sister’s grip, and ran into the middle of the roadway, where he was struck by the passing SUV driver, resulting in a broken leg. The jury returned a not guilty verdict in favor of the defendant, the SUV driver, finding that the injured child was guilty of 51% or more of the fault in causing the impact between the pedestrian and passing vehicle. 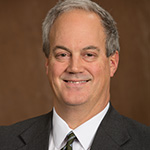 John P. Fleming has been licensed to practice law in the State of Illinois for thirty (30) years - since 1984. John’s practice is devoted to the defense of litigated claims, both in the trial and appellate courts, including the defense of cases involving personal injury, death, civil rights, defamation, emotional distress, and property damage issues.

John has developed an extensive resume of jury trial verdicts over the length of his career as a defense attorney. The jury verdicts have involved a wide array of litigated matters throughout the counties in Central Illinois.

Abigail M. Fleming has been licensed to practice law in the State of Illinois since 2011, in both State and Federal court systems. Abigail practices primarily in the defense of civil litigation claims in courts throughout Illinois, including personal injury actions / complex injury defense, premises liability claims, slip and falls, willful and wanton claims, and alternative dispute resolution claims.